A Night of Inspiration and Education

Cutting-edge developments in the research of these terrible diseases, and progress for finding a cure 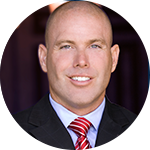 Kirk Cassidy is the president of Senior Planning Advisors and Strategic Investment Advisors. He holds a life insurance license in Michigan and other states, as well as a Series 65 securities license, which makes him a fiduciary.

Kirk believes the best assistance he can give his clients in retirement is helping each create a comprehensive retirement plan that fits his or her needs. Kirk developed an asset allocation model that provides his clients with a roadmap to help preserve and distribute financial assets, while also helping increase their wealth.

Kirk has extensive experience in charitable planning and helping clients utilize charitable strategies that allow them to fulfill their philanthropic goals while more effectively managing tax liabilities. In addition, he has been actively involved in a number of charitable organizations, including sitting on the boards of directors of the Don Ferrarese Charitable Foundation and the Brent G. Cassidy Family Foundation. 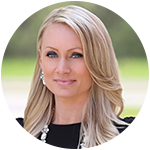 In 2009, Kirk’s father, Brent, was diagnosed with stage 4 non-Hodgkin lymphoma. Since hearing of Brent’s diagnosis, Kirk’s wife, Jessica, was on a mission to absorb any and all information to aid in his treatment. This is when she found the Leukemia & Lymphoma Society.
Jessica discovered that LLS graciously provides a plethora of resources for not only patients but their families through their multiple patient-service programs. These services provide direct access to financial aid, clinical trials and support teams, just to name a few.
During Brent’s battle he was enrolled in a clinical trial that prolonged his life, allowing one of the greatest gifts of all: becoming a grandparent to Kirk and Jessica’s daughter, Samarra. The couple flew back to Michigan so Jessica could give birth at the same hospital in which Brent was receiving treatment, and he was able to be a part of the birth of the next generation of his family. Unfortunately, six months later, Brent lost his battle.
Though Jessica and Kirk already supported LLS by advocating and raising millions through planned giving and awareness, losing Brent made their desire to make a greater impact in the blood cancer community grow exponentially, and inspired them to do more to honor and help keep his legacy alive. They jumped into the Light the Night Campaign and Executive Challenge, and funded a research grant in honor of Brent through Dr. Carl June's CAR-T Immunotherapy engineering.
Their continued desire, tenacity and planned-giving strategies gained recognition by Frank Canning from LLS. After a lot of meetings and many calls, their model turned into the first pilot program of Your Gift, Your Legacy.
Kirk and Jessica's desire to make a global impact on the blood cancer community became a reality when they launched this platform with the assistance of LLS (specifically Frank Canning and Erin Kozaki), its partners and Advisors Excel. YGYL is now being catapulted to a national program.
Advisors Excel has fully supported Kirk, Jessica and LLS’ partnership. At their recent national event, they raised $630,000 in a single night for LLS, ultimately helping the organization make YGYL possible.